Let’s be very clear. Part of the challenge for leaders is that they are all human. And as humans, we are all flawed. That being said, what is effective leadership? Is it a title? Is it achieving goals? Is it inspiring others? Is it seeing a unique vision?

Leadership is a combination of practical skills and personal values that, when used together, create an atmosphere in which people feel valued and motivated to pursue a clear vision. It’s like Kung Fu meets Feng Shui (that works much better phonetically than in writing).

I’ve spent a lot of time thinking about leadership over the past year as I just finished my term as president of the National Speakers Association, the association for professional speakers, trainers and consultants. Ironically, our acronym is NSA – but we’re not the one’s who listen, we’re the ones who talk! 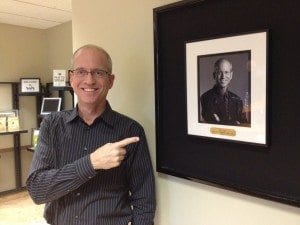 In my role as president, I was the chairperson for the board of directors, appointed and oversaw nearly 40 volunteer leaders, and was an ambassador to 38 chapters here in the U.S. and to nine international associations all over the world. So, I got a good dose of leadership experience.

The following are some concepts that I rediscovered during the past year.

Leadership is not always what you do but how you do it. I’ve seen people in leadership roles who have a great vision for where their organization needs to go but the way they manage the process and the way they treat people becomes a barrier to their success. Leaders who embrace humility, graciousness, and attend to their people, will not only achieve more but have more support along the way. (Note, this did not apply to Steve Jobs. Just saying.)

Effective leaders know their limitations. Most leaders have specific gifts and skills. They can’t be good at everything. An effective leader recognizes limitations and attracts other people to compliment his/her skills.

Great leaders have a sense of humor. There are many examples of leaders using humor to engage others, disarm conflict and lighten the mood. President Ronald Reagan, Tony Hsieh of Zappos, and Captain James T. Kirk of the Starship Enterprise have used humor effectively in their leadership roles. A leader who has a sense of humor, especially about themselves, appears more confident and attracts confidence from others.

Leadership is a service and not a destination. Sometimes people seek a position of leadership for the position itself. They may desire the power or the acclaim that goes with the position. However, a leader that seeks to serve rather than to be served will always be more effective.

There are a lot of leadership books on the market today. But one of the best indications of effective leadership is not just what is accomplished but how the people being led to those accomplishments view the leader and the process. And how do you remember that? Just do it well and make it fun. But you probably already knew that.