Groucho Marx once said that he would never join a club that would have him as a member.

It’s interesting that no matter how unique we are or how much we want to stand out in the crowd, we also have a need to belong – to be included.

Parkland Regional Burn Center, a division of Parkland Health and Hospital System in Dallas, holds an annual retreat for burn survivors. These survivors have experienced significant burns through household accidents, industrial accidents and even bacterial infections, and they are in varying stages of recovery. I had the privilege of facilitating their most recent retreat.

During one group discussion, a man who had lost an arm and a leg, due to infection, spoke up. He said that he was in the elevator on his way out of the hospital one day and the man in the elevator with him was talking to him but not looking at him. So, to ease the tension, he casually said, “You know it cost me an arm and a leg to get out of this hospital.”

I came away from the retreat with a great deal of respect for all of those in attendance. I not only respected their willingness to participate, I was amazed at how they had endured these life changing accidents, which were always accompanied by pain, scars, and multiple surgeries, and were able to continue with their lives.

First, no matter how bad things are, there is always someone else experiencing something worse. I’m not suggesting that some of the injuries at the retreat were worse than others. Instead, I’m suggesting that when we start to get down on ourselves because our work or our life is not going the way we expected (or wanted), we need consider that it could always be worse and that even in the midst of challenges, there are blessings all around us.

Why is this important?

It’s important because much of life, and especially our stress, is based on the perspective with which we view it. Typically, it’s not the event but the way we choose to view the event that affects us. A slight change in viewpoint can have a dramatic change in how we feel.

The second lesson I learned, and the focus of this article, is that I realized how important it is for us to belong – to belong to a group that accepts us for who we are rather than who people think we are. 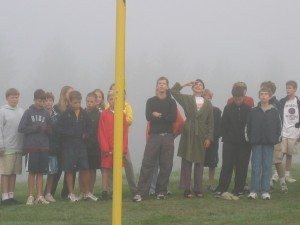 Over time, I learned that there were groups in which I was accepted. In high school, I was in the band and on the tennis team. In college, I was in the band and was a member of Alpha Phi Omega service fraternity. And while my humor was always a tool to help me fit in better in most situations, I was so much more comfortable when I found a group in which I was accepted.

As a professional, I found Rotary. I also became a member of the National Speakers Association. And I was an active member of my church. In each situation, I felt I belonged.

As I left the Parkland retreat last weekend, I realized that the power in bringing these burn survivors together was to help them see that they belonged; to help eliminate the myth that they are different, because of their injuries or scars, and to see that underneath it all, we’re all the same. As a result, they relaxed, had fun, and connected with the other survivors.

In life, we must strive to find that place where we belong. And once we do, it’s just more fun. And isn’t that the whole point of doing it well and making it fun?