Welcome to Ron’s video blog called “What I Learned” where he describes what he has learned from his clients. If you click the image below, you will land on the video page to see Ron’s smiling face and hear his sultry voice! Or if you prefer to avoid all of that, you can read the text below instead. 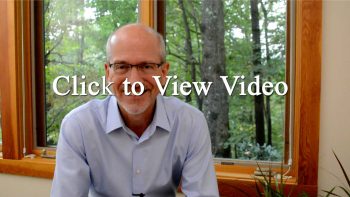 I read a story once about a young man by the name of Charles Siem who was playing in a golf tournament in Michigan. He was 18 years old and when he sunk the putt on the final hole of the tournament, he retrieved his ball from the cup and discovered that, somewhere on the course, he had played the wrong ball. This is cause for disqualification but nobody else knew he had played the wrong ball. But this 18 year old guy walked up to the tournament officials and confessed to the infraction. I would have never done that. Uh, sunk the putt, not told the officials. Just saying.

But Mr. Siem’s action reflected his values. And values are important for us and the organizations in which we work.

Recently, I had the privilege of doing a workshop for the Municipal Gas Authority of Georgia and contributing articles to their monthly newsletter. This is all part of their SPIRIT program, their company’s effort at promoting certain values.

SPIRIT is an acronym which stands for Service, Professionalism, Innovation, Respect, Integrity, and Teamwork and represents the values that the Gas Authority wants to focus on.

Throughout the year, there are educational programs, newsletter items, fun activities, and other events to reinforce and explore each of the values in the SPIRIT acronym. It’s a great program that is leading the organization to function more effectively for their customers.

So, here’s what I learned from the Gas Authority. When we keep our values front and center, we’re much more likely to honor them. When we experience and read about professionalism, we’re likely to be more professional. And when we understand what service is all about, we’ll be better at delivering it. Keeping our values at the forefront of our mind makes us, well, more Value-abled. At least that’s what I learned.

At a meeting for Coverys, a medical liability insurance company, an attendee told me that once, she was looking at the list of doctors at a particular hospital. The list was alphabetical and she noticed that the last two were White and Wong. That’s wheely funny!

Coverys held a meeting to provide professional development for their employees. Sometimes, these events can be a bit stuffy because they are full of so much organizational information. But Coverys understands the importance of balance and they created a really fun activity to reinforce the value of team building while giving their employees a chance to have some fun.

Coverys used a company called Wildgoose to create a scavenger hunt at this particular meeting. The attendees were divided up and assigned to different teams. Wildgoose then gave each team an iPad that had pre-loaded destinations on and around the grounds of the conference hotel. Each team was required to use the iPad to find each location. The first team to successfully find and check in at all the locations won a prize.

So, here’s what I learned. Not only can fun balance the serious parts of a meeting, it is sometimes more powerful to learn a concept like team building or communication by playing a game together. Whether it’s a scavenger hunt, a competitive brainstorming session, or just a game to illustrate a point, experience trumps information every time. At least that’s what I learned.