OK, be honest. How many resolutions have you created for 2014?

Now, be really honest. How many have you already decided you’ll put off until 2015?

This time of the year is full of possibilities. We’ll lose 20 pounds. We’ll exercise every day. We’ll demonstrate a more positive attitude. And we’ll finally cut the comb-over and embrace our baldness. (OK, that last one was just a blatant plea on my part.).

By the third week in January, most of us have settled into our same old routines and determined that it’s OK to be an overweight, out-of-shape, cantankerous, comb-over-er who ridicules those who set resolutions as weak and flawed.

But maybe we’re looking at this resolution thing all wrong.

Instead of facing the uphill battle of losing 20 pounds, what if we make one good eating choice today? Instead of facing the overwhelming and easily fallible goal of exercising every day for the next 365 days, what if we commit to doing one thing that involves physical activity today? And instead of trying to be positive 24 hours a day, 7 days a week for infinity, what if we offer one compliment to one person without any conditional qualifiers. 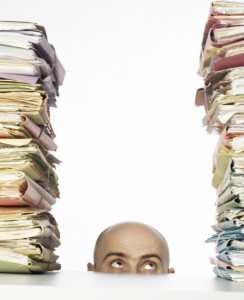 Alcoholics Anonymous (AA) and Valerie Bertinelli have made “One Day at a Time” a household phrase. And for those of you who don’t know that Valerie Bertinelli once starred in a television show called “One Day at a Time” about a single mother raising two girls by taking “one day at a time,” then you must know that she was married to rock guitarist Eddie Van Halen. If not, don’t worry about the television show but please, please, brush up on your classic rock trivia.

Alcoholics Anonymous and most addiction treatment programs know that someone who is addicted to alcohol can be overwhelmed by the prospect of never having another drink. That’s why focusing on getting through one day without a drink is more reasonable.

Similarly, as a hospice social worker, I worked with grieving spouses who could not imagine living the rest of their lives without their husbands or wives. Those thoughts were overwhelming. But if they just tried to get through the day, it could be possible.

The same is true for our self-improvement goals. We must pursue them in reasonable chunks, or one day at a time. Additionally, at the start of each day, we must turn our goal counter back to zero rather than piling on the unfinished goals because of the guilt we feel over what we didn’t do yesterday.

I have electronic sticky notes on my computer that remind me of the basic goals I have for each day. They include things like writing this blog, sending an interesting article to a client, drinking 80 ounces of water, and applying plenty of moisturizer (Just kidding on that last one. I don’t need a reminder for that because I know the moisturizer must go on before my foundation and blush.)

What goals would you like to achieve? Don’t list hundreds of items on an exhaustive list for the entire year. It’s too overwhelming.  Instead, narrow it down to today. By focusing on today, you’re much more likely to have achieved something by tomorrow.

So, in the spirit of this new perspective, I’d like to wish you a very Happy New Day. May your daily journey into 2014 be prosperous.