In business and life, sports analogies can strike out (see how I did that?). For those who love sports, the connection makes perfect sense and can crystallize a concept like nothing else – especially the concept of teamwork. But for those who don’t love sports, a sports analogy can sound like a crying child at 3:30 a.m.

But some sports examples, like the one that follows, don’t follow the trend. It’s not about there being no “I” in team. And it doesn’t focus on the idea that the only difference between try and triumph is a little umph. It doesn’t even touch on the principle that if at first you don’t succeed, try stealing second. 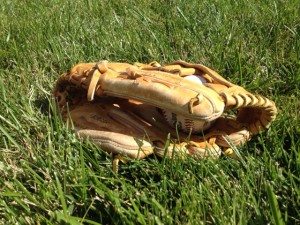 Mariano Rivera retires from major league baseball this year after playing 19 seasons for the New York Yankees. He is considered one of the greatest closing pitchers of all time with 652 career saves – more than any pitcher in history. He is a 13-time All Star and a five-time World Series champion. He is a great athlete.

In a world where Tiger Woods, Lance Armstrong, and Marion Jones represent some of the greatest athletes of our time and yet also some of the worst off-field behavior, Mariano Rivera represents a style of play on and off the field that earned him the respect of his fans and his peers.

Last week, there was an article in the newspaper describing the different ways that opposing teams were honoring Rivera during his last game in each of their respective stadiums. And who put on one of the best shows? The Yankees’ arch rivals, the Boston Red Sox.

While the Red Sox did poke fun at Rivera just a bit, their pre-game ceremony was a touching tribute to an opponent who they greatly admired.

As you think about your life and your work, how do you think your opponents or competitors view you? Do they respect you for your work? Do they admire your behavior? Or do they see you as a someone who is only looking out for your own interests?

While Rivera certainly wanted to win, he did so without sacrificing the relationship with his opponents. You can do the same. Here are a few suggestions for gaining respect, rather than disdain, from your competitors, opponents and adversaries.

Do a good job. The foundational principle in “Do it Well, Make it Fun” is to seek excellence in everything you do. Whether it’s your job, your role as a parent, or your participation in a community service group, do a good job in everything you take on. Everyone respects the integrity of a job well done.

Respect others. We should respect people, as fellow human beings, even when we disagree. Recently, I read with interest the online debate about Starbucks’ request that their customers not bring guns into their stores. The bottom line is that Starbucks has the right to request this of their customers just as those who don’t agree have the right to not visit a Starbucks. But, the angry comments on both sides of the issue were disrespectful. Can’t we disagree without being disagreeable?

Only do things you would want your grandmother to know about. I remember sitting in Sunday School one day and the teacher said, “How would you act if Jesus was in the room?” If you’re not a Christian, this question may not make sense but it stopped me dead in my tracks. Is your behavior the same when nobody’s looking or does it change? If we take the high road, we earn the respect of others while also respecting ourselves.

Have fun. It’s hard to dislike someone who is fun. A person with a playful attitude that seeks enjoyment even when things are tough is not only more resilient but their attitude is contagious. Zappos and Southwest Airlines are very successful and respected companies who have built a culture of being a fun place to work. Fun is profitable…in more ways than one.

When we get to the end of our careers, or our lives for that matter, we expect to see our friends and colleagues there to honor us. But what a pleasant surprise it would be to see our rivals cheering us on as well.